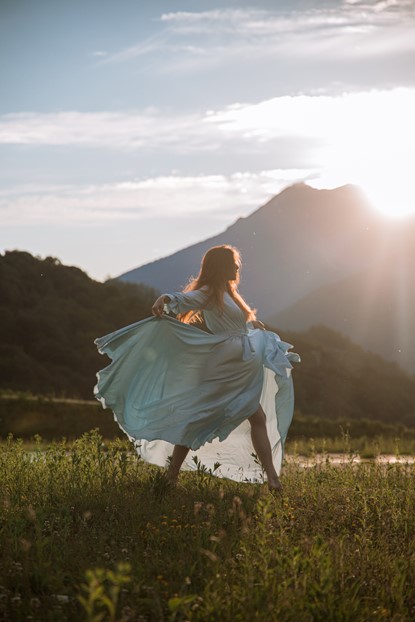 Tomorrow Litha marks the Summer Solstice, the longest day of the year. We will enjoy 16 hours and 38 minutes of daylight with the sun rising at 4.52am and setting at 9.26pm.

Traditionally people would gather together on Solstice Eve for a candle-lit procession, music, dancing and plays. Gathering around a bonfire (‘bon’ fire – good fire) they would stay up all night until dawn to watch the Sun of the new cycle rise.

Many still gather at Stonehenge, which is believed to be an important spiritual site used by early Britons, nearly 4,000 years ago. The rising Sun to the North East aligns with the Altar, Heel and Slaughter stone on the summer solstice.

However, ours is not the only ancient culture in which the Summer Solstice was significant.  In Greece it marked the one month countdown to the opening of the Olympic Games. It was associated with the feminine force of Yin in China and the Romans celebrated the goddess Vesta in the days leading up to it. Germanic, Slavic and Celtic pagans believed that the celebratory bonfires would increase the sun’s energy, in turn securing a good harvest in the fall. It was also a key time of the year for Vikings who would discuss legal matters and resolve disputes around the Summer Solstice.

As well as celebrating the new cycle, it is a time for us to release and let go of anything that we don’t want to take into the new half of the year. A time to reflect and contemplate on what we would like to welcome in as the sun rises on this new cycle.

Here are some great resources that you can use in your practice:

The Oak tree is also heavily linked with this celebration.

We use cookies on our website to give you the most relevant experience by remembering your preferences and repeat visits. By clicking “Accept All”, you consent to the use of ALL the cookies. However, you may visit "Cookie Settings" to provide a controlled consent.
Cookie SettingsAccept All
Manage consent

This website uses cookies to improve your experience while you navigate through the website. Out of these, the cookies that are categorized as necessary are stored on your browser as they are essential for the working of basic functionalities of the website. We also use third-party cookies that help us analyze and understand how you use this website. These cookies will be stored in your browser only with your consent. You also have the option to opt-out of these cookies. But opting out of some of these cookies may affect your browsing experience.
Necessary Always Enabled
Necessary cookies are absolutely essential for the website to function properly. These cookies ensure basic functionalities and security features of the website, anonymously.
Functional
Functional cookies help to perform certain functionalities like sharing the content of the website on social media platforms, collect feedbacks, and other third-party features.
Performance
Performance cookies are used to understand and analyze the key performance indexes of the website which helps in delivering a better user experience for the visitors.
Analytics
Analytical cookies are used to understand how visitors interact with the website. These cookies help provide information on metrics the number of visitors, bounce rate, traffic source, etc.
Advertisement
Advertisement cookies are used to provide visitors with relevant ads and marketing campaigns. These cookies track visitors across websites and collect information to provide customized ads.
Others
Other uncategorized cookies are those that are being analyzed and have not been classified into a category as yet.
SAVE & ACCEPT
Powered by