Crystal healing is based on the belief that we are all made up of different energies and that these can become unbalanced or blocked through internal and external influences which can lead to illness.

Using knowledge of the crystals and their distinctive properties and energies, your session will be tailored to you to support bringing emotional and physical balance where it is most needed. During the therapy selected crystals will be placed purposefully along your body’s chakras and energy channels (Nadi) 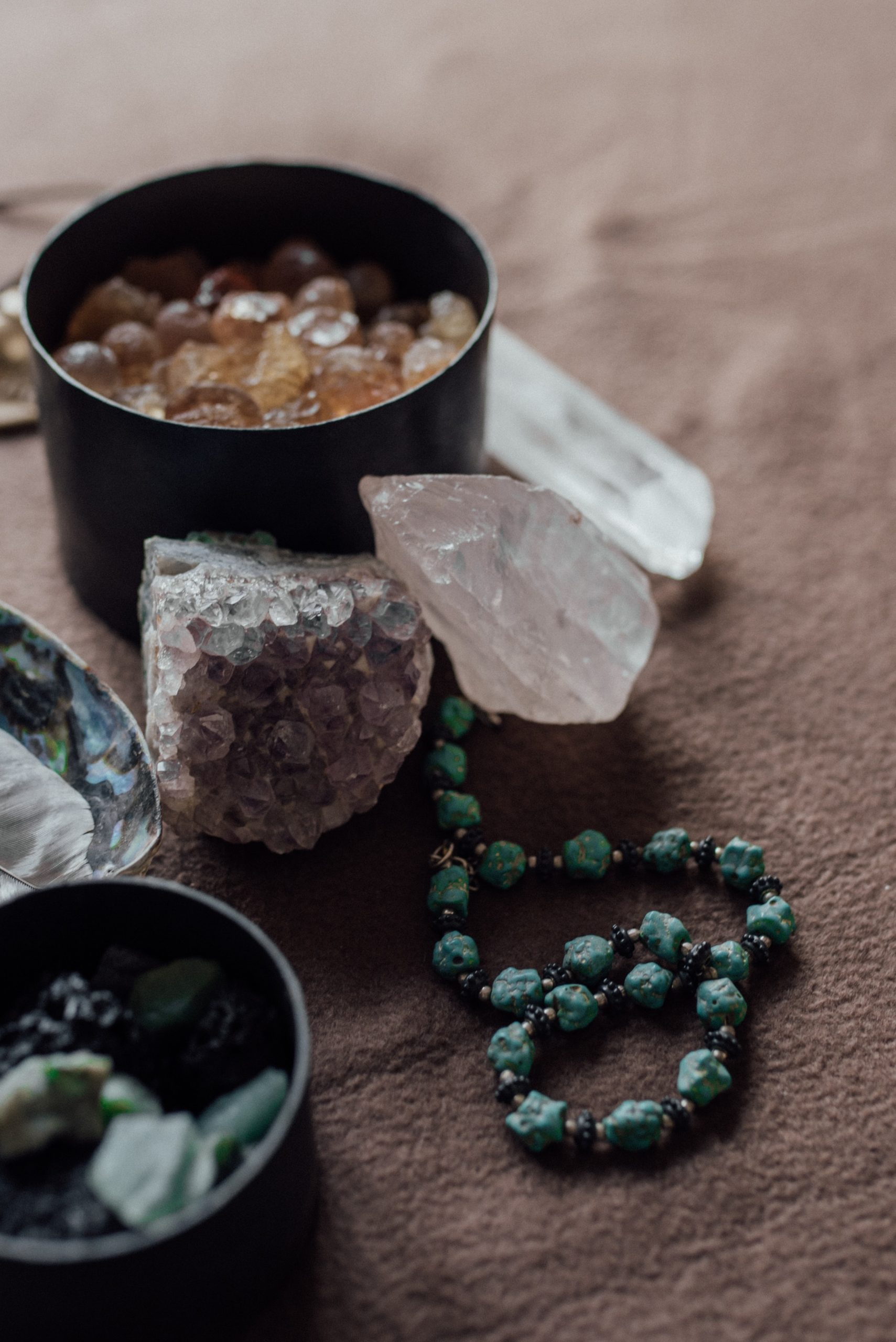 The word crystal derives from the Ancient Greek word krustallos, meaning both ‘ice’ and ‘rock’.

Their uses have been recorded since the start of humanity and in many cultures such as Celtic, Aztec, Chinese, African and North American. Crystals are also repeatedly mentioned in the bible.

Crystals form underground over millions of years and the mineral, from which a crystal grows as well as the conditions it grows in, is thought to influence the energetic effect of each type of crystal.

It is believed that the way crystals form enables them to hold energies that balance the environment around them. This includes the internal and external balance of the mind and body, making them a powerful tool for physical and emotional wellbeing as well as protecting against non-beneficial energies.

We also stock a range of Crystals and Crystal products including:

Please contact us for more details on individual pieces and prices.

Rebecca Noorian
18:08 15 Jun 21
I chose crystal healing because I was curious. Heather was warm and caring, talking me through the process and putting ... me at ease. I definitely felt lighter and more balanced within myself the next day and these feelings have continued. I will definitely go again. Thanks so much Heather.read more
See All Reviews


We use cookies on our website to give you the most relevant experience by remembering your preferences and repeat visits. By clicking “Accept All”, you consent to the use of ALL the cookies. However, you may visit "Cookie Settings" to provide a controlled consent.
Cookie SettingsAccept All
Manage consent

This website uses cookies to improve your experience while you navigate through the website. Out of these, the cookies that are categorized as necessary are stored on your browser as they are essential for the working of basic functionalities of the website. We also use third-party cookies that help us analyze and understand how you use this website. These cookies will be stored in your browser only with your consent. You also have the option to opt-out of these cookies. But opting out of some of these cookies may affect your browsing experience.
Necessary Always Enabled
Necessary cookies are absolutely essential for the website to function properly. These cookies ensure basic functionalities and security features of the website, anonymously.
Functional
Functional cookies help to perform certain functionalities like sharing the content of the website on social media platforms, collect feedbacks, and other third-party features.
Performance
Performance cookies are used to understand and analyze the key performance indexes of the website which helps in delivering a better user experience for the visitors.
Analytics
Analytical cookies are used to understand how visitors interact with the website. These cookies help provide information on metrics the number of visitors, bounce rate, traffic source, etc.
Advertisement
Advertisement cookies are used to provide visitors with relevant ads and marketing campaigns. These cookies track visitors across websites and collect information to provide customized ads.
Others
Other uncategorized cookies are those that are being analyzed and have not been classified into a category as yet.
SAVE & ACCEPT
Powered by